I’d like to start this newsletter with a ranking of the NFL teams in terms of regular season performance during the 2021 season. My metric is simple, points scored minus points allowed.

Congratulations to the Buffalo Bills for ranking first and decisively at that! Interestingly, the two teams to make the Super Bowl are ranked 6th and 8th. Note both Super Bowl teams are separated by four points only, or 0.24 points per game played, which is why I say that both teams are about equally strong and to get +4.5 points on the Bengals is a good bet. I’m putting my money (but not a lot of it) where my mouth is on that one. 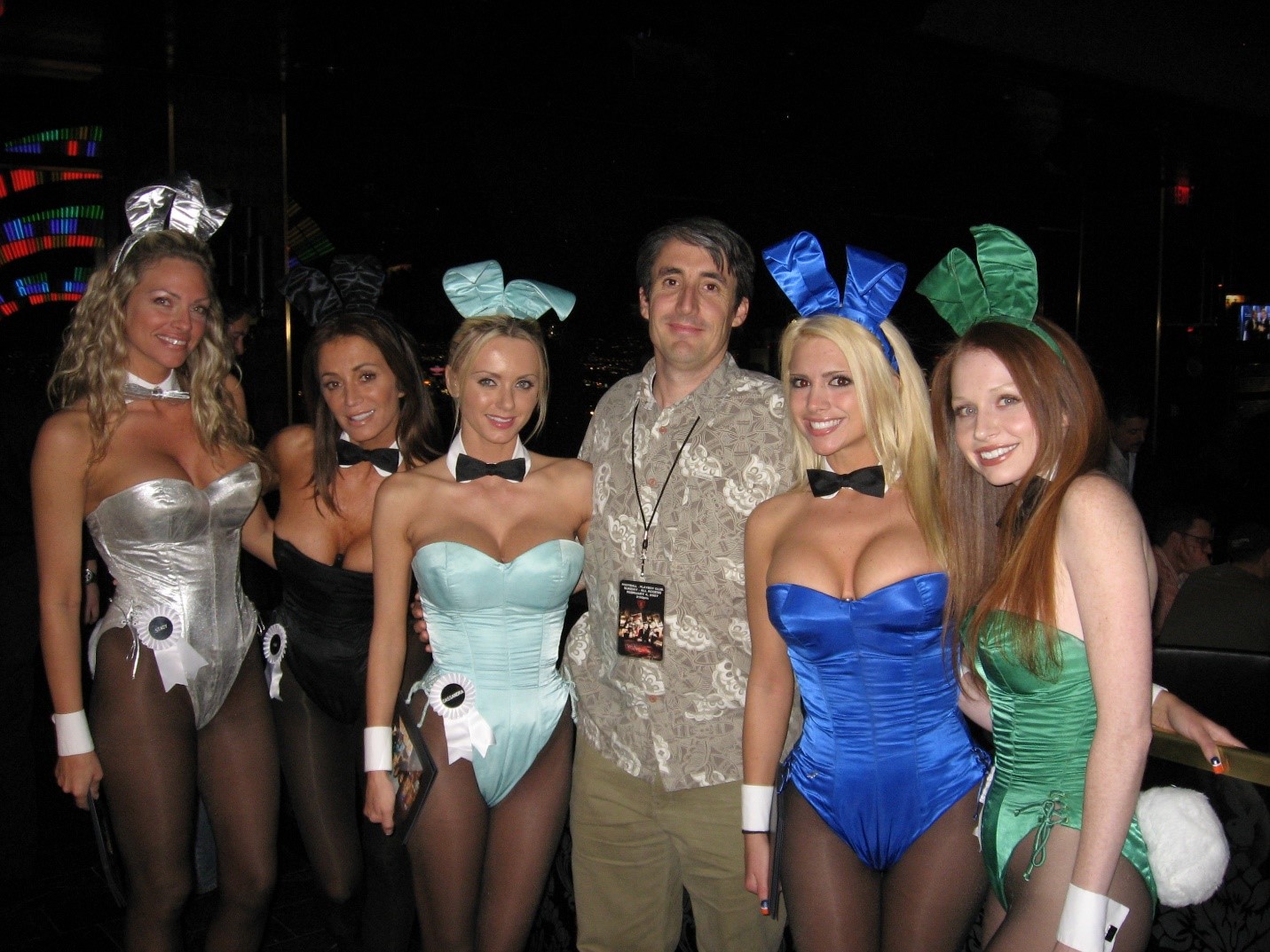 Picture taken during a Super Bowl party at the Palms, 2007.

Here are some season averages per game for the 2021 regular season.

Here are some kicking success rates per attempt.

Next, to give you something that might help you with your Super Bowl prop bets, here are some probabilities of winning various bets I tend to make every year. Except for the two-point conversion, the probabilities are based on the 16 seasons between 2000 and 2015. A rule change in 2015 I believe significantly increased the number of two-point conversions, so for that probability I used the 2021 season only.

The fair line column is for a bet on the event to occur. The yes and no columns show the current lines at the South Point casino and all other casinos that use their lines, like the Rampart. The only exception is the three-point margin of victory, which the South Point doesn’t offer this year, so I got the lines from the Westgate.

Before I go further, I should give a warning that the data used for the probability for most of the props is very dated. As mentioned, for most props the data used goes back to the year 2000. Football was a different game back then. There was less scoring, especially with field goals. So, I would be very slow to bet on anything that favors touchdowns over field goals, like first score to be a touchdown. I would also not bet on a scoreless quarter, based on these averages, because of the high number of points projected to be scored (49 to 50) compared to historical averages.

I still stand by the bridge jumpers, which I bet every Super Bowl. These are the bets where you have to bet a lot to win a little. In particular, no safety, no overtime, and no two-point conversion. For example, the fair line to lay on the no safety is -1475 and you can get it at the time of this writing at -1000. However, don’t bet it yet. When recreational bettors flood into Vegas for Super Bowl weekend they will foolishly bet on a safety, overtime, and two-point conversions. Except the price to drop by Sunday morning to about -800 to -900 on no safety and overtime and about -220 on no two-point conversion.

I’m sorry I don’t have any more prop tips this season. To be honest, I consider myself largely retired from prop betting. I now piggyback on a friend I trust with a degree in statistics who bets sports for a living (no, it’s not James Holzhauer). Despite the lack is prop suggestions, I hope you find the statistics presented to be useful or interesting. I put a lot of time into the newsletter, so hope you like it.

In closing, enjoy the game and celebrate responsibly.