Home › US Missing Untold Hundreds of Millions in Dollars

US Missing Untold Hundreds of Millions in Dollars 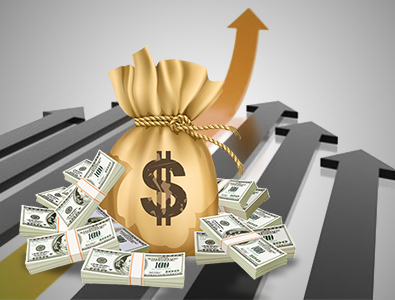 It cannot be said enough that the fact that Online Gambling is not expressly legal throughout the entire United States is beyond ridiculous. My original position on this matter was that, if it were legalized, that might be a bane with respect to Online Advantage Players as (as with New Jersey) the only online casinos that are expressly legal are regulated by the State itself.

While Online Casinos that would be regulated either Federally or by the State would enhance player safety, there would not be quite as much incentive for those casinos to make strong Promotions available to players due to the artificially reduced competition. For example, anyone who has ever compared the Promotions of the legalized Online Casinos in New Jersey to those that are otherwise available elsewheere in the world, then one would realize that the ones available on what we will call the, 'Open Market,' blow all of the New Jersey ones out of the water!

The reason why is because the New Jersey casinos are essentially appealing to a niche market, and that market is those people who wish to gamble online, but do not want to do the required work to determine what Online Casinos outside of that state are both reliable and offer lucrative promotions.

While you could have State or Federally regulated Casinos, what makes the most sense to me is to simply allow Online Gambling throughout the United States, and expressly, but allow players to take the risks associated with playing wherever they want. However, with that in mind, I believe that there should be some regulation to such extent that US players are required to report their Online Gambling actual cash losses to a regulating body of some kind, and then the Government can demand a tax on the revenue from the Online Casinos, something small like 5%.

Obviously, the Online Casino in question can offset those losses with reports of the winnings of other U.S. players, but the books should be open so that both sides can confirm that 5% of the positive revenues are taxed.

There may be some people out there who believe that would not result in an Earth-shattering amount of revenue for the US Government, but those people would be wrong depending on how they define, 'Earth-Shattering.'

How Large is the Online Gambling Industry?

Grizzly Gambling has reported that Online Gambling, as an industry, is expected to grow to 13.5 Billion Dollars of revenue by the year 2018. Due to the fact that Online Gambling is not expressly legal (and therefore, not specifically tracked) in the United States, it is difficult to ascertain how much of this projected 13.5 Billion Dollars is actually as a result of revenues garnered by United States players. Lacking any other means to make the determination, I am going to attempt to use proportional representation to determine how much of these revenues are derived from US players:

I'm going to use this New York Times report from 2010.

According to which, Americans controlled 39% of the World's wealth in 2010. While it is difficult to conclude that Online Gambling revenues would necessarily run in proportion to that for a wide variety of reasons, including but not limited to:

Furthermore, different writers have also made different and vastly contrasting statements with respect to Online Gambling Revenue. While that Grizzly Gambling Article has the market at 13.5 Billion by 2018, CardPlayer.com suggests.

That the World market for Online Gambling is worth 37 Billion per year already, and the European Market by itself is worth 15 Billion.

Since all of these other sources are just wantonly throwing numbers around anyway, I'm going to speculate that the United States accounts for 20% of all worldwide Online Gambling revenues. As a result, if we use the Grizzly Gambling numbers, the US would be accountable for 2.7 Billion dollars in Online Gambling revenue while if CardPlayer.com is correct, the US would account for 7.4 Billion Dollars based on my completely arbitrary 20%. 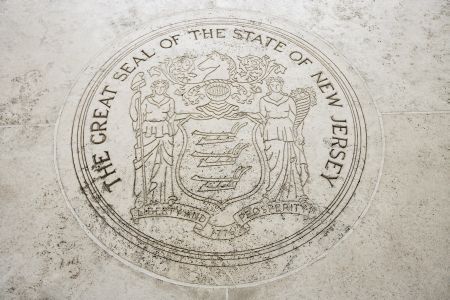 At least I am willing to admit that my numbers are arbitrary.

Based on my arbitrary percentage and the arbitrary numbers above, at 5% of US Player revenue being taxed, the tax contribution would be somewhere between 135-370 million dollars. While an amount like that surely would not cure all of the nation's ills, there are a number of Federal and State programs in which those sums would make a significant dent.

Fortunately for us, we do have one source of some actual, verifiable, hard numbers for Online Gambling revenues! Specifically, we can use the March Gambling Revenue Report from the State of New Jersey!

As of March, we are one-quarter of the way through the year, so I am going to look at the year-to-date numbers for Internet Gambling revenue (which NJ taxes at 15%) from this site.

And then I am going to multiply them by four after summing them:

Estimate Based on Proportional Representation

With that out of the way, we are now going to take a look at the 2016 Census Numbers and, based on proportional representation, we are going to make a very simple estimate (based on the population of the State of New Jersey compared to that of the United States, as a whole) of how much Internet Gambling revenue the country, as a whole, could theoretically account for if Online Gambling were expressly legalized and regulated.

Again, I would much rather understate the case than overstate the case, and I am nearly positive that my numbers will underestimate what could actually be expected for the following two reasons: 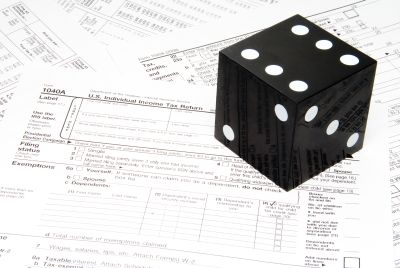 The first thing that we now need to do is take a look at what percentage of the population the State of New Jersey contributed to that of the United States for the year of 2010:

If we compare the projected $179,656,584 in projected Online Casino revenue, again, just from the Regulated New Jersey Casinos and assume that the revenue will be proportionate, then:

In other words, we would be looking at an impressive 6.308 billion dollars in revenue from US players.

While New Jersey taxes its Online Casinos at 15%, I think many of the Online Casinos throughout the world, who are used to being taxed nothing by the US (but often pay big processing fees to move cash back and forth) would likely not acquiesce to being taxed in excess of 5% of their revenues garnered from US players. However, if the US could get that money, we would be looking at 315.4 million dollars in tax revenues.

Once again, compared to the absolutely nothing that the Federal Government currently makes from US players, 315.4 million is by no means an insubstantial sum of money.

The amount of revenue that would be contributed to Online Gambling revenues pursuant to this estimate is actually a little over a billion dollars under what CardPlayer.com suggested, so I am inclined to believe these numbers are close to what would be the case for two reasons:

If we use the amount of the wealth the US has in comparison to the rest of the world, which was 39% as a reminder according to the 2010 New York Times Article, then we can see that US Online Gaming Revenues of 33% would not be a completely absurd suggestion...but I think for US Online Gaming revenues to be even close to proportionate to the rest of the world would require that Online Gambling be expressly legalized in the US and for US players to have access to all of the possible Online Gambling Casinos. 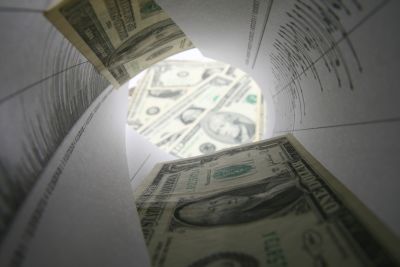 There is one aspect of this that remains true without a doubt, and that is that there can be absolutely no question that the Federal Government, by legalizing Online Gambling and taxing the casinos on Online Gambling revenues, as well as Income Taxing the players on any wins (at least, theoretically) that the Federal Government would garner untold hundreds of millions in dollars in tax revenues that they are not presently enjoying. The best aspect of it is that this could be a function purely of the Federal Government, and so then the States could tack on any State taxes as they choose, but in that event, Online Casinos could elect not to accept players from those States if they consider the tax rates unduly burdensome.

In any event, the Government would essentially be able to sit back and collect tax revenues without doing much else at all other than regulating the amount of taxes that are paid and auditing the numbers.

Some would argue that there is a partial overlap in the fact that the taxes on revenues that Land-Based Casinos pay to the States might not otherwise be going to said States if the players are playing online instead, and I believe that argument has some merit, but considering the patently absurd taxes on revenues that some States (not accusing New Jersey, 15% is reasonable) charge casinos, I wouldn't feel terrible about the prospect about such States losing the Land-Based casino tax revenues. Besides that, were the Land-Based Casinos not being charged so much in taxes, they could have better Promotions and better Free Play as well as giving out more comps (at least, theoretically) and so I blame the States for the inability or unwillingness of many Land-Based Casinos to do that!

Other than income taxes paid (Federal) by the owners of the casinos and players, the Federal Government enjoys very little in the form of tax revenues related to gambling. This could change both immediately and drastically by way of the Government expressly legalizing Online Gambling and imposing a reasonable tax rate on the revenues of Online Casinos operating within the US with respect to their US Players.