Under the Gun 31 is a difficult game to compare to any major casino games but shares some of the same elements as Money Suit 31. It had placements at the Viejas and Pala casinos in the San Diego area in the early 2010's. It since has found a home at Internet casinos using Art of Games software.


Following is the pay table for the Stay 'N Play bonus. I assume that an suited A-2-3 counts as a straight flush, although in the base game aces are always high. Pays are shown on a "to one" basis.

Following is the pay table for the 31 Bonus side bet. The player is not required to have a flush for a 21 point win. Pays are shown on a "to one" basis. 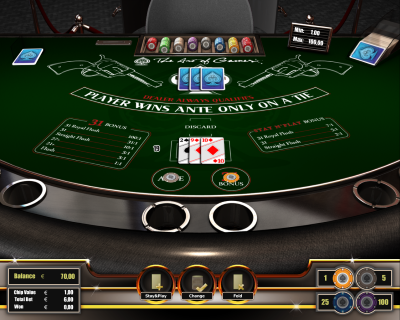 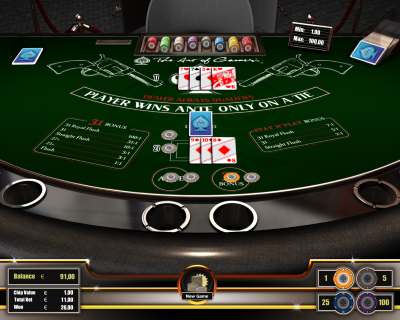 The only other source I know of that addresses this game is Discount Gambling. This is a rare game on that site that Stephen does not analyze. However, a couple people in the comments posted a house edge of 2.1% on the base game.

I did at least analyze the 31 Bonus side bet. The following table shows my results. The lower right cell shows a house edge of 3.52%.

Sorry, you're on your own with that for now.