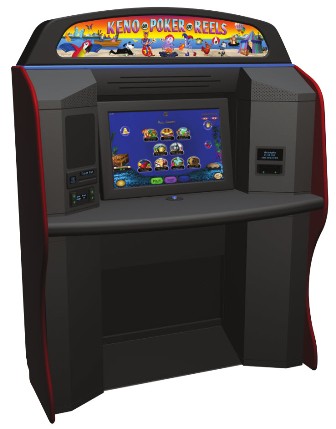 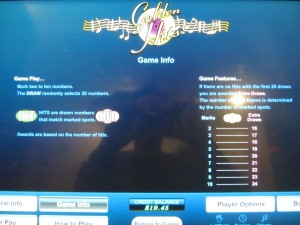 Golden Hits is a keno-based game found on multi-game machines made by U1 Gaming. I have seen such machines at the Las Vegas Club, Rampart, El Cortez, and Dotty's casinos in Las Vegas. The thrust of Golden Hits is if the player gets zero hits, then the game will pick another 16-24 balls, according to the number of player picks.


As with all games by U1 Gaming, there is also a randomly-triggered bonus game, that adds 0.5025% to the return.

The following pay table is for bets of $10 or higher. Generally speaking, with U1 games, the more you bet, the more generous the pay table is.


Here is an example to help understand the game. In the image above and on the left, I picked eight numbers and got zero hits. The pink "start extra balls" button lit up, ready to give me 22 extra balls. Keep in mind that 20 losing balls have already been removed, so each ball in the second draw has a greater chance of being a hit.

The following tables are based on the pay table for a $10 bet.

The following table shows the probability of each number of hits by number of picks on the initial 20-ball draw, rounded to six decimal places.

The next table shows the probability of each number of catches by picks in the extra draw feature.

The next table shows the probability of the feature, average win per feature, and expected return from the feature, according to the number of picks.

The following table shows the summary of the entire game. The right column shows the total return by number of picks. You can see my total returns agree with those claimed by the game to within 0.01%. 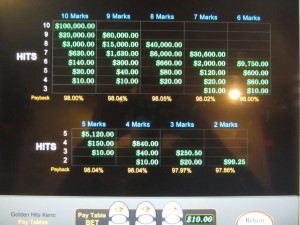