Dead or Alive Saloon is a simple card game by Evolution Gaming, a supplier of live dealer games for Internet casinos. 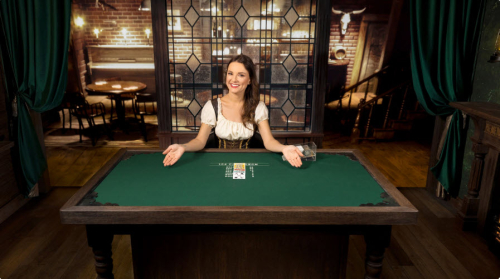 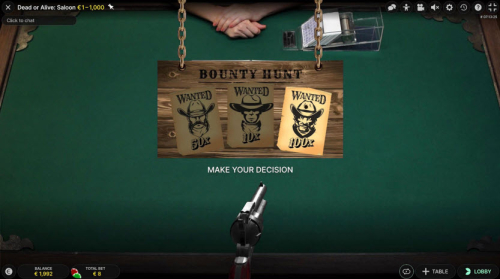 The game rules do not state much about the possible Bounty Cards. The example shown above shows three values of 10, 50, and 100. However, I believe there are other possibilities. Evolution does kindly disclose the return to player (RTP) for the overall game is 97.02%. To get to this average, I assume an average Bounty win of 41.2.

It's easy to see the probability of winning is 1 in 52, because there can be one winning card only. When a bet does win, the average win is 49.48 for 1.

I find the standard deviation to be about 9.71, based on an educated guess of the possible wins for the Bounty cards. 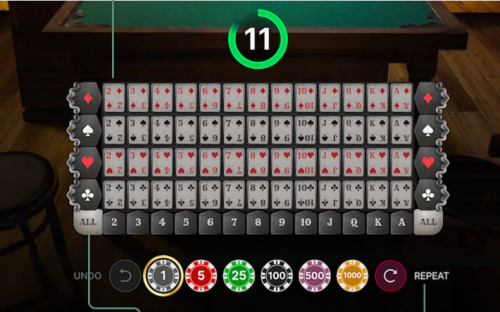