Your task is to get from square 0 to square 19. You may not take a path of the same color twice in a row. In other words, at every square you must change to a path of another color. No u-turns. What is the solution? 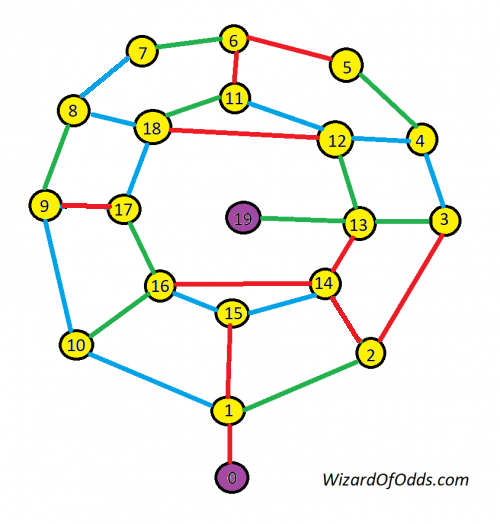 I encourage my readers to solve this for themselves. However, if you give up, you may click the solution button below. 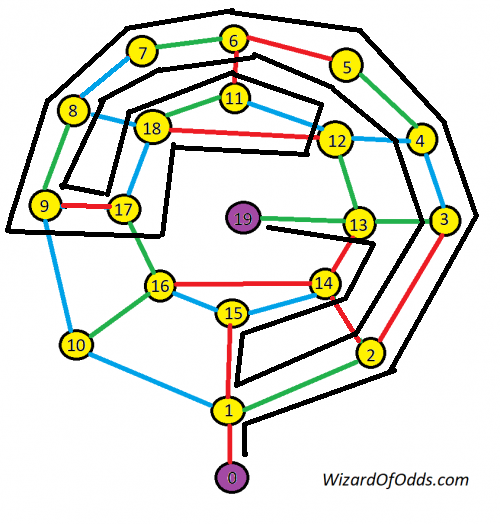 A, B, C, and D are all different positive integers.

Find the largest D so that

On October 15, 2020, in a televised Town Hall, President Trump said that 85% of people who wear masks catch the coronavirus. Is this true? Please refer to the video below. He quotes the 85% figure at the 45 second point.

The 85% refers to the table on page four of the report Community and Close Contact Exposures Associated with COVID-19 Among Symptomatic Adults ≥18 Years in 11 Outpatient Health Care Facilities — United States, July 2020 by the Center for Disease Control. Here is that table. 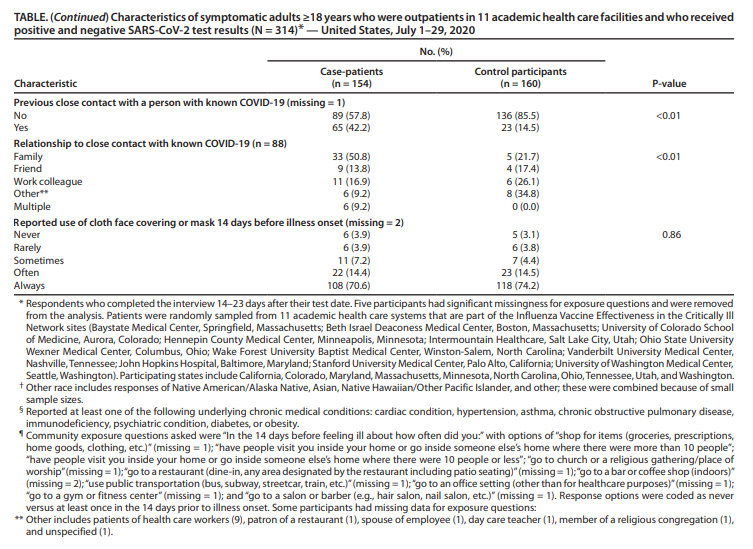 I've copied and pasted the pertinent numbers below.

These are the figures for the 153* case patients who tested positive.

These are the figures for the 159* case patients who tested negative.

* In both tables, one person did not respond.

That said, as a math major and former actuary, I can state unequivocally that this is a terrible misinterpretation. As I have said hundreds of times, correlation does not mean causation. Furthermore, it is ridiculous to claim that 85% of mask wearers "catch it." If 85% of Americans worse masks often or always and then 85% of them "catch it," then infection rates would be at least (85%)^2 = 72.55%. It would actually be higher from the cases of non-mask-wearers. As of this writing there are 8,617,022 cases (Source: CDC) and a US population of 328.2 million. That is 2.63% of the population. A far cry from 72.55%.

This is like taking the statistic that 74.2% of NBA players are African-American (source: statsta) and interpreting it as 74.2% of African Americans are NBA players.

If you don't follow my argument, the following video by KHOU news in Houston also explains the source of the 85% statistic.

When will the national debt reach one quadrillion dollars?

First, let me remind my readers that a quadrillion is a million billion, or a thousand trillion.

Over that 20-year period, the debt has grown at a rate of 7.2% per year. At that rate, the debt will reach one quadrillion dollars in the year 2073.