This week we continue my adventure on the High Sierra Trail. Parts one and two covered the first two days. This episode shall cover day 3, from Arroyo Junction to Kern Hot Springs.

Day 3 was the most pleasant in terms of weather. The day was nicely overcast and the temperature about 70. The mileage was about average for the trip, but much of it was pleasantly level or moderately downhill.

After leaving our mosquito-infested campsite at Arroyo Junction, we hiked along the river for mile or so and then turned left and climbed up for another mile. After that, we were had some of the gentlest hiking of the entire trip. It ranged from level to slightly downhill. The trail made its way through forests and an occasional meadow, like the one pictured below. 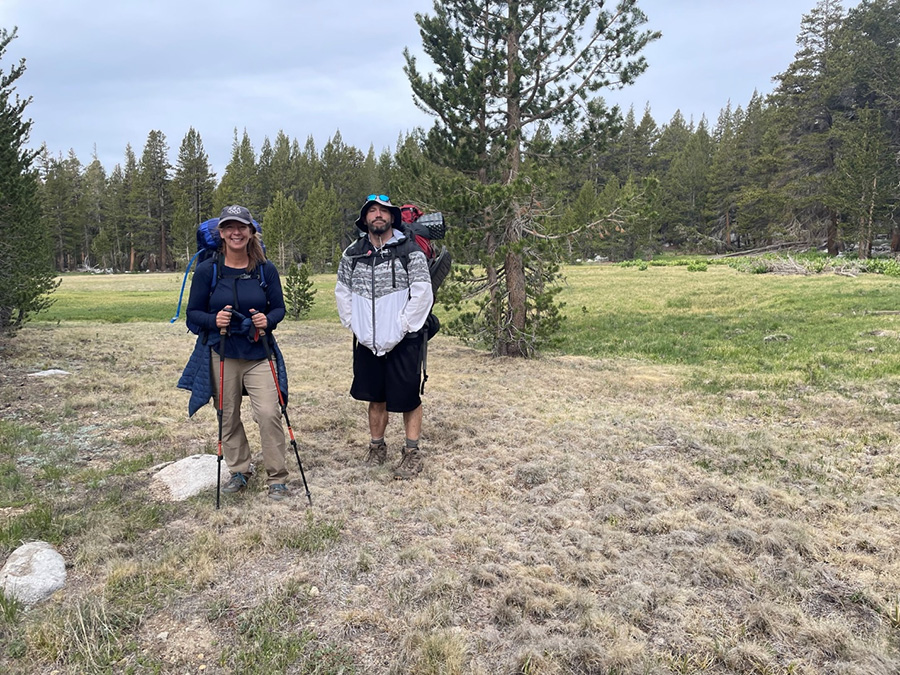 We chose to take a longcut, adding about half a mile to our journey, to go by Moraine Lake. This was a good decision, as it was a beautiful lake with sandy beaches. In the picture below you see me, getting rather filthy by this point. If I do this trip again, I will try to arrange it to camp near this lake next time. 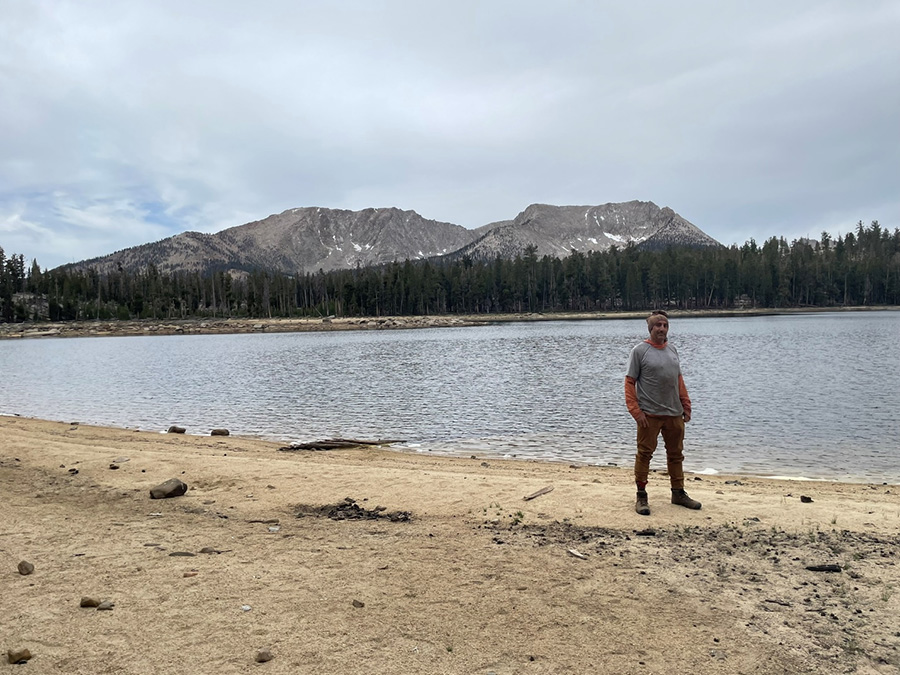 After taking a long break at Moraine Lake, we hiked on until we rejoined the main trail. About two miles after rejoining the main trail the gentle slopes suddenly ended and we made our way down a long and steep downhill section.

The downhill portion ended when we reached the Kern River. The next nine miles or so of the trail would be along said river. However, it was our goal to do another two miles and camp at the Kern Hot Springs.

Hiking along the Kern River was pleasantly level again. In the mid afternoon, we arrived at the Kern Hot Springs, which had at least two bear lockers and an outhouse. The picture below shows our camp site, which was next to a branch of the river. 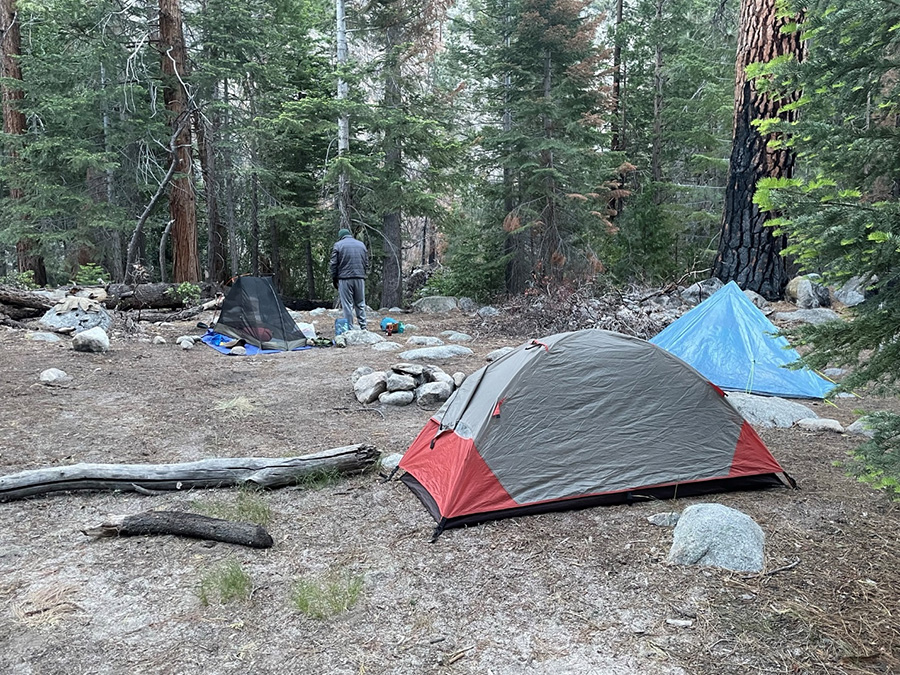 The picture below shows the hot spring. You can see it is about the size of a large bathtub. Two people could sit it in it easily. The water temperature was nice. Probably about 95 degrees, which is a little cooler than optimal, but allowed for a nice long soak without getting cooked. Notice the location steps away from the Kern River. 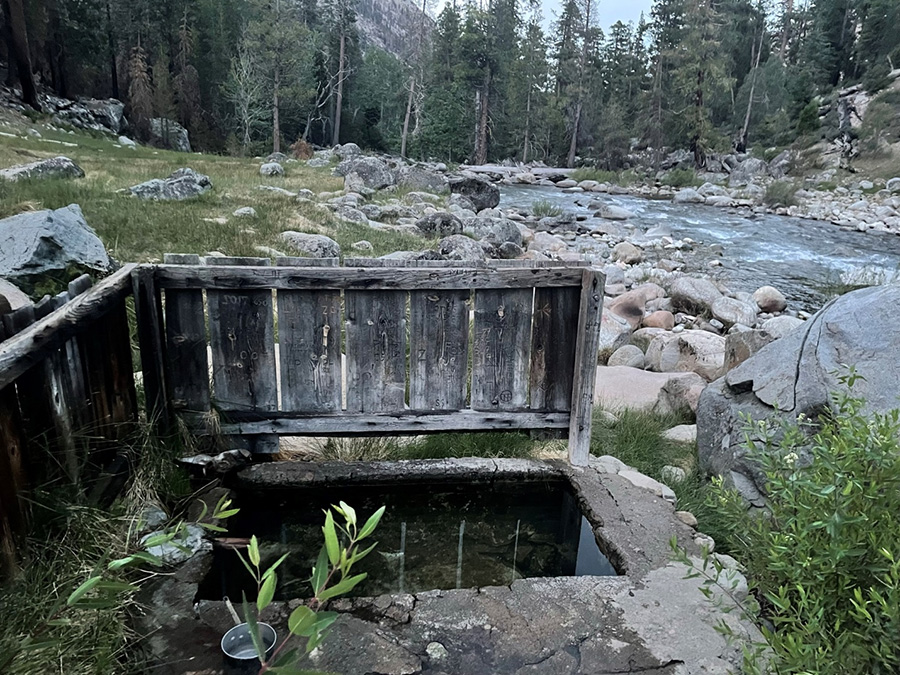 We never saw a soul the entire day on the trail. There was another group camped near the hot springs, but we never saw them using it, so we effectively had it to ourselves.

Our campsite was on an island, between two branches of the Kern River. Conveniently near our camp site was this “outhouse,” if you can call it that. Since there was no roof, I hate to refer to it as a “house,” but can’t think of any other term. This was probably the most scenic place to take a dump I have ever seen. 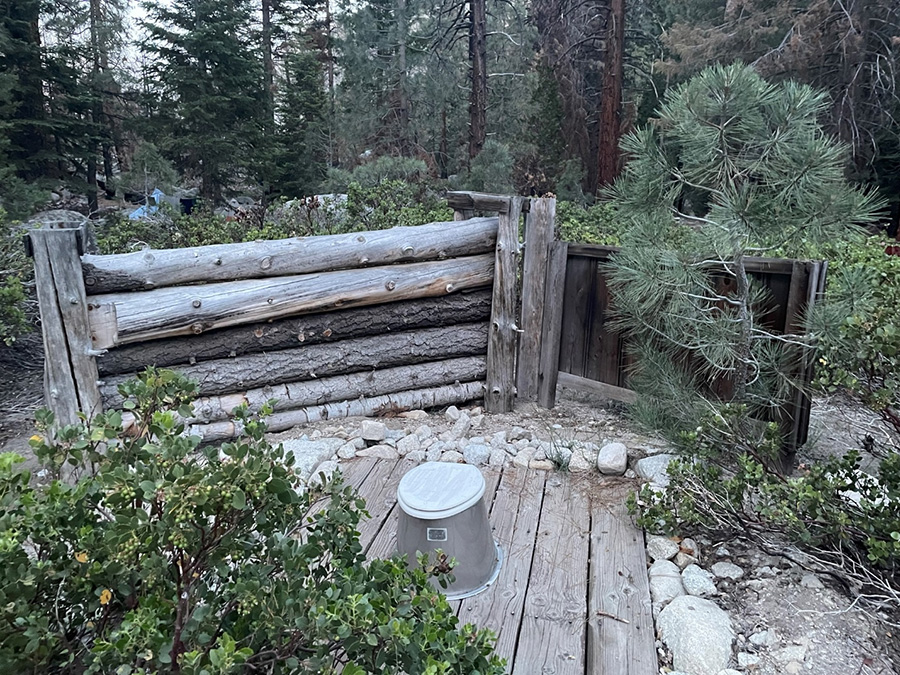 Between the nice cloudy weather, mostly level hiking, a beautiful camping spot, the hot springs and this wonderful commode, I would have to say that day 3 was the most relaxing and enjoyable of the trip.