I have not been far from Las Vegas since New Years Eve, when I ventured to the Los Angeles area, where I’m originally from and my mother still lives. Until recently, my mother forbade anybody to visit her, lest she contract the Corona Virus. However, she evidently got as stir crazy as I did and lifted her state of self-exile and welcomed me to visit, which I just did.

My timing may not have been the best, as my visit coincided with the most civil unrest and outright lawlessness Los Angeles has seen since the Rodney King riots of 1992. Based on news coverage, Santa Monica got the worst of it and Long Beach was second. I grew up 2.5 miles from Long Beach and lived there for a year in 1989/90, so feel a personal connection to the place.

The day I arrived, Sunday, May 31, stores in downtown Long Beach, especially on or near Pine Street, saw the worst of looting and rioting. The morning of Tuesday, June 2, I paid a visit on bicycle to witness the damage. The following pictures show that every store, restaurant, and bar in that commercial section of downtown Long Beach had been boarded up. Access on Pine Street was barricaded and protected by the military, although what few pedestrians were around could pass.

It was eerily reminiscent of bicycling the Las Vegas Strip following the closures in mid-March – clean, quiet, and empty. That I was expecting. What I was pleasantly surprised to see what the area was cleaner than ever. Walls were freshly painted. Not a piece of broken glass to be seen. News coverage the previous day made quick mention that volunteers helped to clean up the damage. This was evidently true as what was obviously a disaster area two days before was now spotlessly clean and with dozens of machine-gun toting soldiers standing guard, I have never felt more safe. 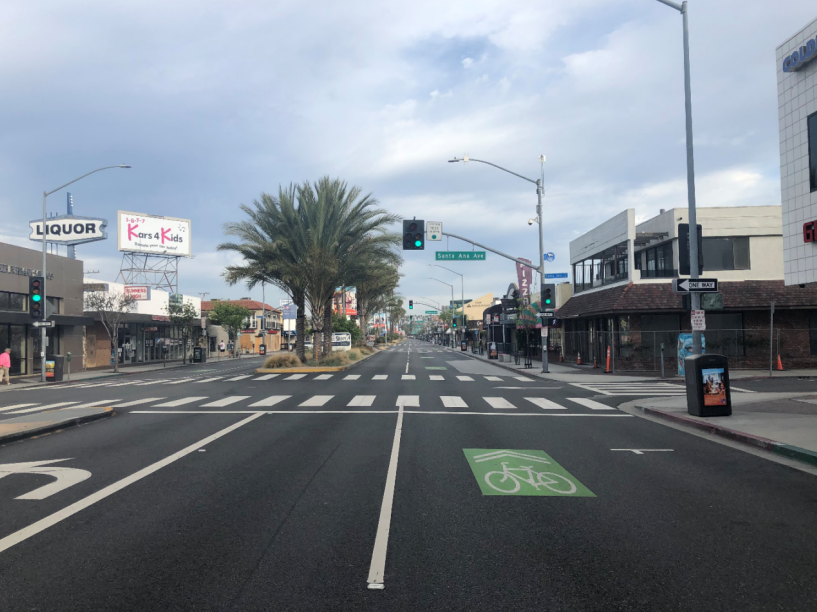 This is the Belmont Shores section of Long Beach, which I passed through on my way downtown. Although not affected by rioting, it was secured by the military. 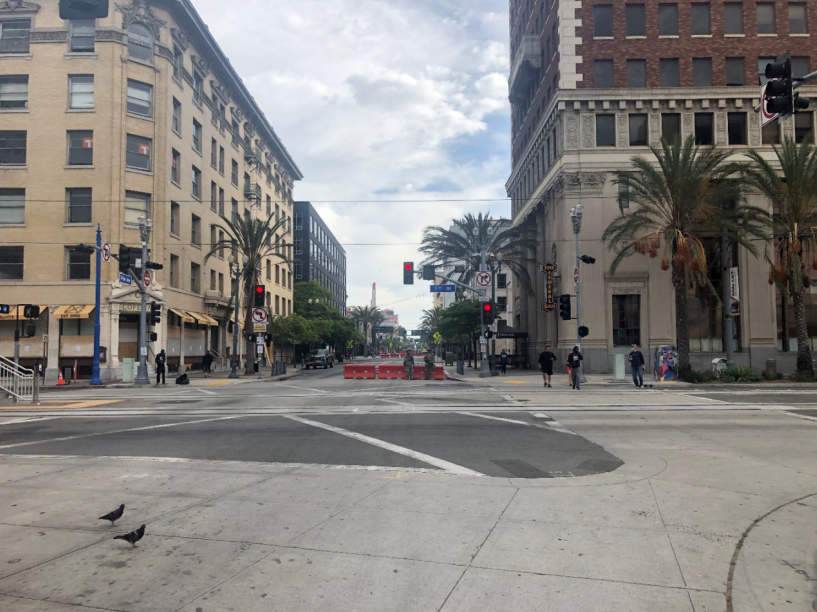 This is the otherwise-busy intersection of Ocean and Pine, where the military blockade started. 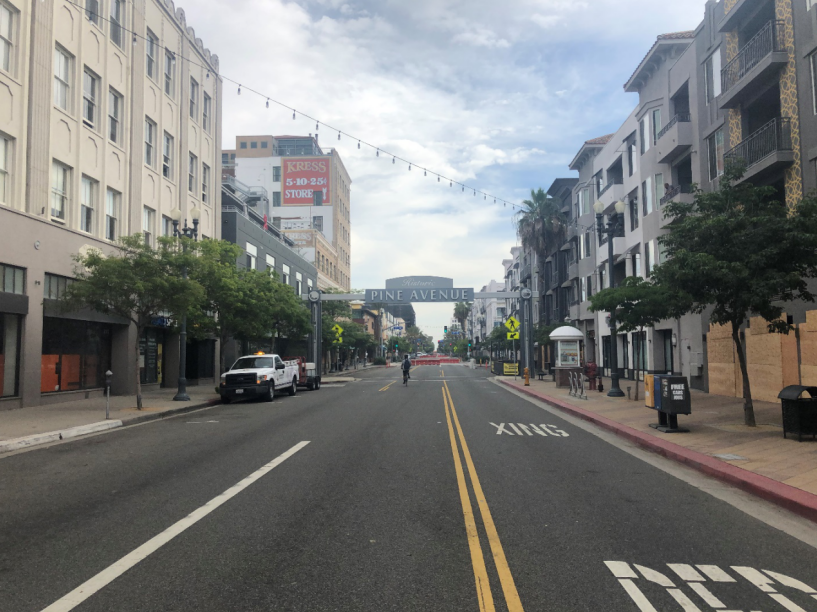 Further down Pine Avenue. It has probably never been so quiet and clean. 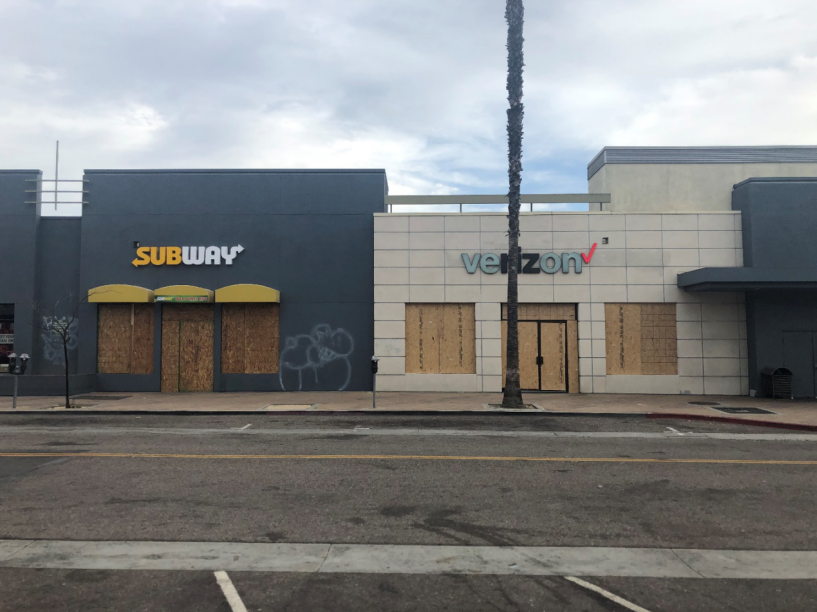 Plenty of scenes like this. A rare example of graffiti that remained. I assume that shade of blue on the Subway was not readily available. 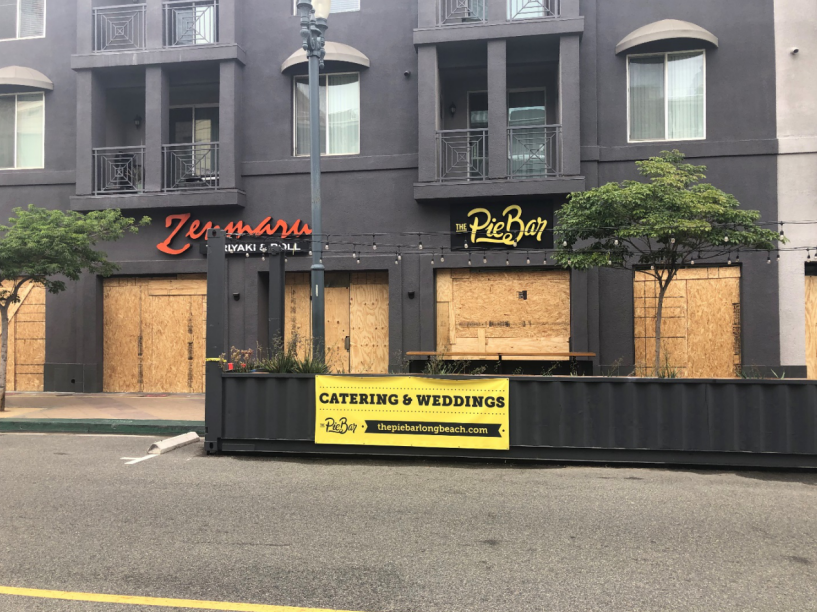 Everything on the street level was boarded up. 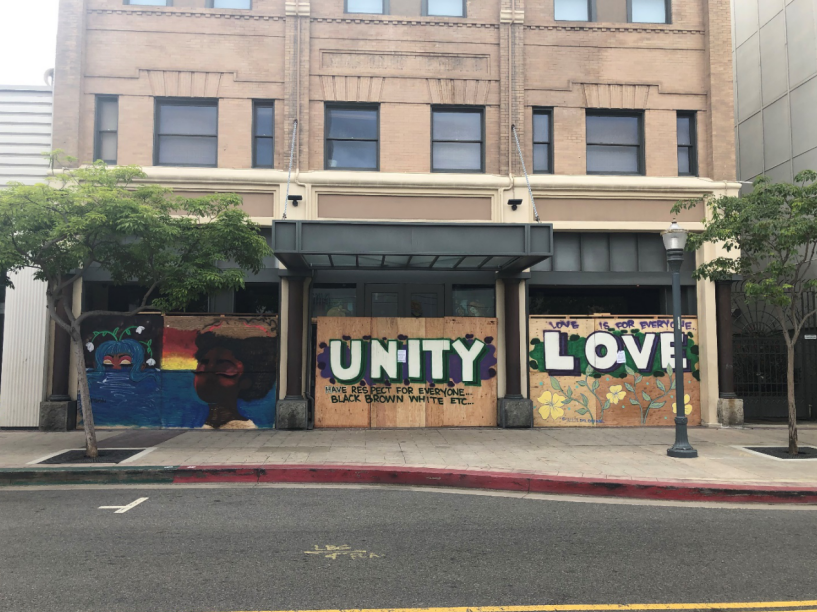 In closing, I think those who cleaned up so quickly after Long Beach’s darkest hour deserve a lot of credit and thanks. They received little attention in the news and will probably never get the recognition they deserve. I hope this newsletter will stand as a small testament to their character and honor. Thank you.

"When I was a boy and I would see scary things in the news, my mother would say to me, ‘Look for the helpers. You will always find people who are helping." - Fred Rogers

"To educate a man in mind and not in morals is to educate a menace to society." - Theodore Roosevelt