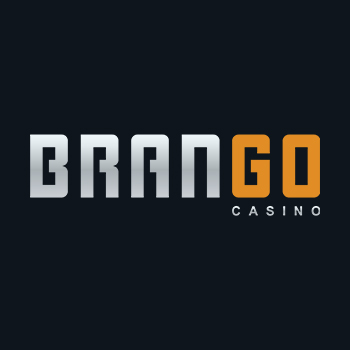 Cryptocurrencies have largely revolutionized the already modern and advanced world of online interaction. At the time the first digital currency was created, most industries had already found a suitable format for online operations.

Since businesses normally offer all kinds of products, services or other solutions for a fee in order to sustain themselves, these digital transactions became practically indispensible. Numerous existing financial and banking institutions promoted their processing methods with the added capability of e-payments. In addition, newly established companies offered their own unique payment processing options for greater convenience of both e-merchants and their customers.

Nonetheless, these were all… 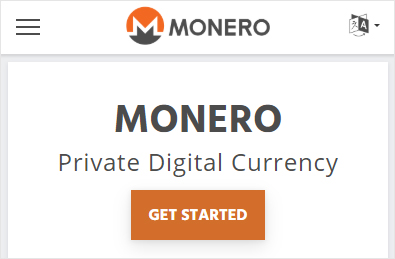 … fundamentally based on a few common principles, such as the currencies they offered, the basic information they needed, and the processing gateways they used for funds transfer.

Contrary to all these, the first cryptocurrency – Bitcoin, introduced a whole new mode of performing payments. This currency had its own value, operated on its own platform and had its own authority – that of everyone currently owning the coins and participating in the transactions.

… highly secure, efficient and decentralized method of free funds transfers offered by such crypto, other instances of this type of currency soon followed. Some followed Bitcoin’s example more closely, while others used it as a foundation for further development.

One of these newer and improved cryptocurrencies that followed after Bitcoin is Monero.

The name of this cryptocurrency…

… originates from the Esperanto word for ‘money’, which immediately gives users some insight into its uses. Unlike other crypto that have oriented themselves towards developing entire platforms, this one is more closely used as a means of payment. The official symbol for the Monero currency is XMR, with a volatile value that was last recorded to be slightly south of $200.

The Monero currency was initially created and released back in April 2014, by Bytecoin developers who used the Cryptonote protocol for their foundation. As a result, the Monero currency came into existence as another altcurrency.

This currency would again be based on the blockchain as its public ledger, only on a bit more advanced scale. In other words, the algorithm they used is known as blockchain obfuscation. This means that users of this currency can actually enjoy even greater anonymity than with Bitcoin.

… of this cryptocurrency practically allows any user to transact with any of the coins available. The ledger still records the transactions, but there is no background history available for preview by the actual merchants. Hence, unlike Bitcoin where merchants could refuse your coins on the basis of their merit, here, Monero coins were completely equal in value and un-identifiable in origin. This is otherwise known as fungibility.

Still, users are given complete freedom…

… upon their introduction to this cryptocurrency – they can choose whether they would like their transactions to remain traceable or completely anonymous. In the case of the latter, it is important to know that it is the ring confidential transactions and signatures, as well as the stealth addresses which actually make all this possible.

With this technology in place, account and Monero holders can practically send and receive various amounts of the currency without any trace of the transaction – no one can find out where the funds came from, their amount, or their recipient.

How to Get Started with This Cryptocurrency?

Nowadays, cryptocurrencies are an accepted mode of payment for a range of online merchants, traders and service providers. However, in order for people to use them as an efficient means of payment, they would first need to know the proper procedure. From obtaining the currency, through storage, all the way to the best ways to send and spend your saved value, the following guidelines should be of great assistance. 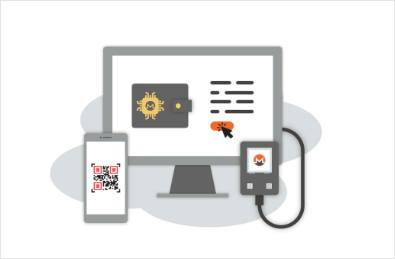 Even though you will need to put Monero in the wallet, you first need to have the wallet so that you can store them inside once the coins are yours. Note that these wallets are not your regular wad of cash organizers, as the Monero currency only exists virtually, like the rest cryptocurrencies to date.

It is advisable to expand your search for the best choice of wallet to cover all formats of e-wallets. In this line of thought, some prefer to have an online web-based e-wallet. This way, liability for the funds and information stored on its premises would fall onto the website and/or servers operator. Considering they are reliable, this could be an appealing solution. However, for those that are less trusting of third-party platforms, it is better to go with a desktop-stored solution. This way, the app holding your coins is stored on your hard drive solely – the risk of intrusion is still existent, but to a much lesser degree.

Ultimately, cold storage is the third option, as coin holders can choose between hardware (remore disks, USBs) or even paper wallets stored at secure deposit boxes and similar locations. 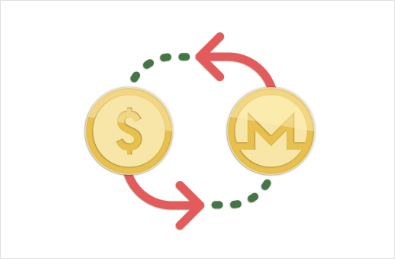 Now that you have a wallet, it is time to get the funds you’re planning on storing in it. Monero, just like any other currency, is available via more than one channel. In fact, just like the original cryptocurrency Bitcoin, Monero quickly gained traction and was present as an exchangeable currency among the most popular services.

Individuals looking to get their hands on some Monero coins can try searching for a local seller from their vicinity, or simply go online at the number of platforms which offer Monero in exchange for most other crypto. While much more rarely, there are additional platforms, services and intermediaries which will allow you to buy the cryptocurrency with some of the most widely used fiat currencies – dollar, euro, pound, yen, krona and more.

… of obtaining Monero coins that you can store in your e-wallet is through mining.

While interested people have mostly become reluctant to attempt this procedure as a result of Bitcoin’s mining requirements, Monero is here to bring it back as a popular practice. In other words, Bitcoin mining used to be much less complicated until the network became over-satiated and the underlying blockchain needed much more powerful processing units to match. On the other hand, Monero has much better scalability, as well as ring transactions which makes processing payments and creating blocks a much easier business, hence keeping mining simple. 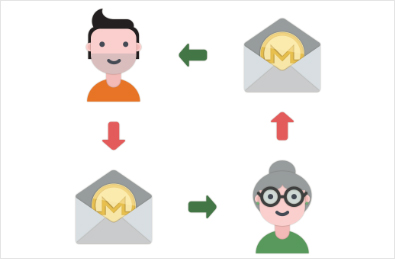 As the first cryptocurrency to ever exist, Bitcoin had a much harder time getting accepted as an applicable payment method. However, it is nowadays approved by major retailers, companies and all kinds of service providers, which paved the way for newer inventions such as Monero.

This crypto is still too young to reach the same rate of expansion, although it is being adopted by more varied and numerous merchants all the time.

Apart from its use as a means of payment, cryptocurrencies were also identified to be a valuable means of financial investments. As a result, Monero is used to make trades, investments and manage exchange operations for the parties’ profit.

Despite its largely diversified uses, Monero is still predominantly a means of payment used by individuals, for all kinds of operations. And considering the fact that online gambling platforms are among the most popular services which facilitate payments with the help of cryptocurrencies, Monero was sure to find its way to that industry in no time.

Its unique anonymity, speed and reliability of transactions have largely improved online casino deposits and withdrawals. Just go over the procedure, and you should be able to benefit from the same payment method soon enough.

Step 1: Monero casinos nowadays are a bit rarer to find than Bitcoin ones, particularly due to the much longer time they have been present in the industry. So, when you first start your attempt to deposit with this crypto, make sure it is listed as an accepted currency. Sometimes, you may have to register or sign up with your existing player account in order to get a preview of all available banking methods.

Step 2: Assuming you have found Monero listed among the eligible deposit methods, simply click on it to get the process started. The casino will respond by providing you with its own e-wallet address for this cryptocurrency. Bear in mind that you need to copy the address carefully and accurately, in order to make sure the funds are deposited to the right destination.

Step 3: Next, you will need to open your personal e-wallet, no matter what type it is, and go straight to the procedure for sending money. Here, you will be given your own address as the sender, after which you would need to specify the exact amount you’d like to transfer. The final box should be designated for the recipient’s address – paste the address you copied from the casino. Afterwards, just confirm the transaction following the instructions and send the funds.

Step 4: Like most crypto, transactions made with Monero are practically instant and allow interested players to get started with their entertainment as soon as possible. Just go from your banking page to the game selection and choose any of the titles to enjoy great real money casino action. 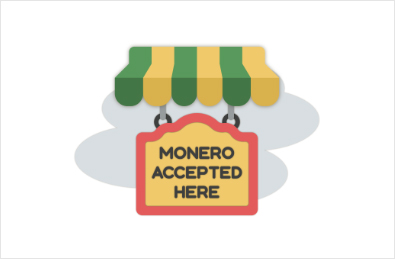 Unlike other payment methods which are known to limit their transactions to deposits-only, the legal nature of crypto tends to allow them to be used for withdrawals too.

… made with this cryptocurrency are conducted much the same way as deposits, or even easier.

To begin with, after accumulating enough winnings go back to the banking page. This time, you choose the withdrawal option, and click to select Monero as your payment processing method. Afterwards, all you need to do is specify the amount you’d like to withdraw (make sure it is less or equal to the funds in your casino account) and enter your unique e-wallet address.

These transactions are just as swift, as the blockchain does not make any difference between sending coins to or from online casino websites. Once the coins have landed into your e-wallet, you can use them for anything you’d like.

1. How does Monero compare to Bitcoin in terms of speed of transactions, i.e. block creation?

It is five times faster than Bitcoin, which takes an average of 10 minutes to process payments and create a new block. Nonetheless, bear in mind that some testimonials claim waiting up to 20 minutes for a Monero deposit or withdrawals, but the average estimate is still no more than a couple of minutes.

So far, use of this cryptocurrency has been declared as legal as long as the jurisdiction does not apply formal legal regulations that say otherwise.

3. Are there any deposit or withdrawal limits when using this banking method at online casinos?

Yes, certain limits do apply to these transactions, even though they are decentralized. However, they depend on the casino where you are using the banking method, and their specific terms and conditions.

4. What types of online casino bonuses and player offers could I cash in for choosing this banking method?

This banking method does not limit players in terms of the bonuses and promotions eligible to them at the casino site. Hence, they can enjoy any Welcome bonuses, no deposit offers, deposit-match offers, or daily, monthly and even poker or other game-specific tournament options.

5. Can I reverse Monero transactions after verifying and making them?

No, these transactions are irreversible, like all other performed using cryptocurrency. That is why most reliable e-wallet solutions, exchange platforms and any other services using these transactions have verification steps in order to double-check to correctness of your e-wallet addresses.