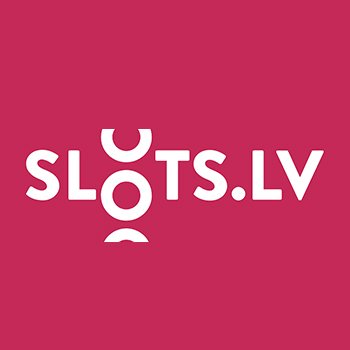 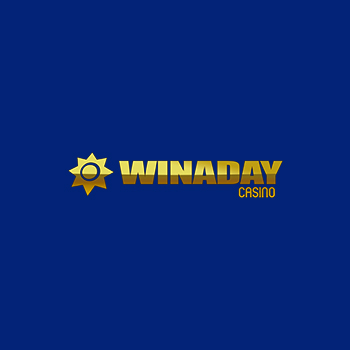 One of the greatest advancements of the modern age is the full optimization of cashless payments. By eliminating purchases and exchanges made in cash, authorities as well as banks and financial institutions have been able to boost their fight against money laundering, illicit substance markets and a range of other criminal activities.

There have been various approaches to the matter, taken up by individuals or entire organizations. As a result, they have come up with a number of diverse solutions. Some solutions focused on the security details of the respective payment solutions, inventing all kinds of safes, safety deposit boxes, storage units, monitoring systems, all the way to the top-notch access protocols. 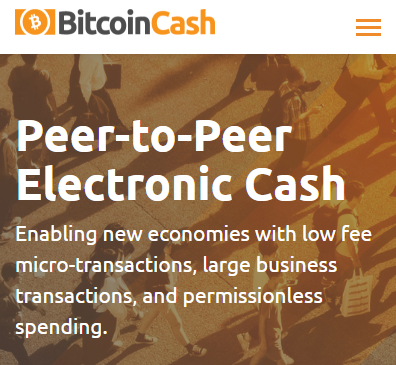 On the other hand, some of the people working on improving this issue have alternately sought out wholly new ways to handle transactions. Hence, the first online banks, payment processing services and fully fledged e-wallets were born. Along these lines, progressive thinkers ultimately came up with a novel currency intended to resolve the abovementioned issues.

The invention of the Bitcoin as the pioneering digital cryptocurrency back in 2009 marked the beginning of cashless, decentralized and completely free transactions, performed with top speed. Satoshi Nakamoto released this open-source software system as a way to make formal banking institutions, and fiat currencies for that matter, completely redundant. With the transactions running on a fully independent peer-to-peer supported platform, low costs and lack of a central authority made it all the more appealing to the general public. Hence, Bitcoin became the latest tech phenomenon, both as a cryptocurrency and for its unique platform, the blockchain.

BCH, short for Bitcoin Cash, is a cryptocurrency build on the basis of the original Bitcoin. Now, this can be more or less used to define any of the other digital currencies that have emerged in the past years, considering they all make use of the underlying blockchain technology.

Particularly for this instance, a major cause of its creation was the overload of the original Blockchain system back on August 1st, 2017. Up until that moment, the cryptocurrency had been building up quite a reputation, with more and more people joining in the blockchain, obtaining the currency, facilitating transactions processing and mining new coins.

Nevertheless, one major issue that has been continuously troubling Bitcoin holders is the system’s sustainability capacities. An increased number of participants, as well as payment traffic ultimately managed to overwhelm the entire system due to its lack of scalability capacities. In the fall out of two opposing sets of opinionated Bitcoin patrons, one side were firmly supportive of the idea of increasing scalability. Contrary to them, the other part of the Bitcoin community were more concerned with retaining all the fundamental characteristics of the cryptocurrency – security, anonymity, decentralization included – which created the final split known as the hard fork.

The latter segment of the Bitcoin community illustrated above continued supporting the original Bitcoin, and later on implemented the SegWit2x measures. These are intended to gradually affect the blockchain and increase its scalability by turning each individual block from a 1MB size to 2MB.

Bitcoin Cash supporters were seen as separating from the original creation, as they disagreed on the proper approach. Their blockchain did not make use of the SegWit, and was directly upgraded from 1MB-sized blocks to 8MB-sized ones. The new cryptocurrency started operations on its own blockchain, leading to a reintroduction to the general audience as a new, separate currency. 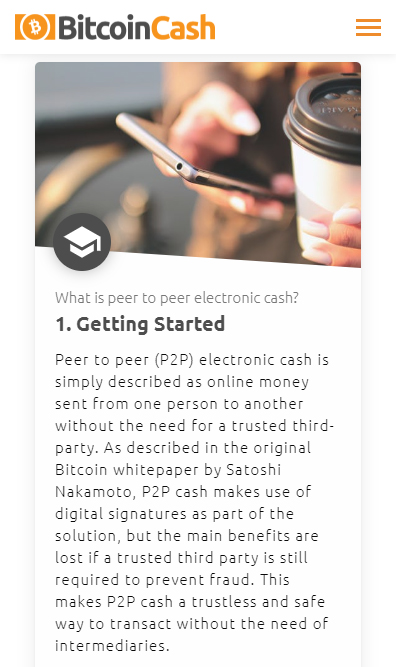 How to Get BCH?

Anyone interested in delving into transactions with this new format of the Bitcoin currency rather than the existing well-known instance will have to learn a thing or two about it. The endeavour must necessarily begin with choosing the best way for every interested individual to obtain some amount of the cryptocurrency.

For one, interested parties that have already been in possession of some Bitcoins before the big crash have been able to retain their coins on the respective e-wallets or exchange platforms. Thus, once the situation was resolved and re-stabilized, they were able to resume using the same amount of Bitcoins they had, or claim Bitcoin Cash tokens through a direct 1:1 ratio.

For those choosing this way, it is advisable to check with your e-wallet of choice, whether it is compatible with the cryptocurrency or a corresponding wallet where you are intending to send the new BCH tokens. Either way, a back-up is always a good recommendation, either automated through the storage solution itsef, or by handling the e-wallets on different computers.

Alternately, those interested in owning some Bitcoin Cash can just as well turn to the exchange platforms for a more straightforward process. So far, there are over two dozens of exchanges which support the cryptocurrency, and allow exchange pairs with other cryptos and fiat currencies both. Just make sure you go with a reputable establishment, most preferably one that you already have experience dealing with exchanges.

Thirdly, for those looking to find a more personalized way to obtain their BCH tokens, there is always a peer-to-peer trading option. The number of members on such platforms is constantly on the rise, with people from all over the world increasing the chances of interested parties finding a suitable match in their vicinity. The practice normally includes arranging a face-to-face meeting where both parties can sign off on the transaction, and naturally an Internet connection that would support this process, as well as being up-to-date with the latest exchange rates.

Once you have obtained your share of Bitcoin Cash coins, just choose the suitable e-wallet storage option. These can vary just as widely as the regular Bitcoin e-wallet options, ranging from fully online solutions – inherent or part of an exchange, through software downloadable apps, offline programs, offline remote hard drives and even paper wallets.

These solutions are distinguished by two complex alphanumerical keys – the public sequence denoting the e-wallet’s address, as well as the private one- the password. Owners go to great lengths to avoid any errors when inputting any of the two, because they are the only way to identify their own coins storage from the rest.

The main advantage that Bitcoin Cash propagated as opposed to the original Bitcoin cryptocurrency was its scalability. While the original Bitcoin managed to double the size of their blocks and increase security by introducing SegWit, the BCH option discarded any additional security measures in order to make the most of the platform’s capacities. Thus, they were able to increase their block size from 1MB up to 8MB.

The regular Bitcoin currency and system remained with an average of 7 transactions per second, and a single block processing of an average 10 minutes timeframe. The new cryptocurrency derived from it was able to make much better times, no more than a couple of minutes, as the platform was optimized to process more transactions at the same time.

Such speed and durability of the underlying platform, with security, anonymity and decentralization qualities retained from the former crypto, have made BCH an attractive option for all kinds of payments. Online gambling, as one of the fastest growing industries appearing and developing in line with the world of cryptocurrency is definitely suited to make use of the benefits. 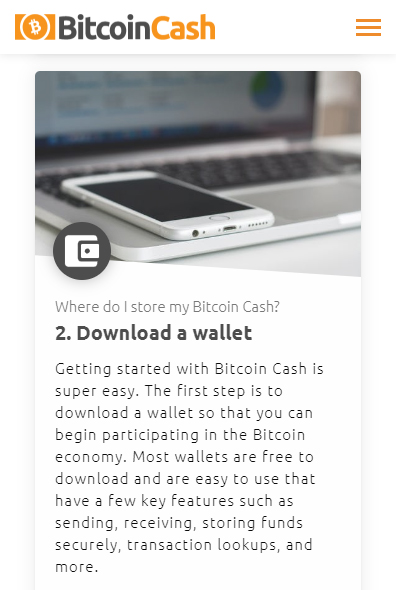 Considering that you have obtained your fair share of BCH tokens, and stored them according to your preferences, you can freely engage in online gambling funded by this digital currency option. Just make sure you learn the procedure and do it properly, and you should be reaping the rewards in no time.

Step 1: Before getting too eager about the practice, make sure that any of your chosen online casino operators supports the cryptocurrency as an eligible payment method. Commonly, BCH should be available for deposits and withdrawals both, should it be eligible at all.

With the growing popularity of the currency, and the more widespread knowledge of its beneficial features, interested players are constantly getting more and more platforms to choose from. Nowadays, BCH is a supported banking option at all the top websites for blackjack gameplay, poker action, casino games, as well as sportsbooks, bingo rooms, lottery services and the likes.

Step 2: Once you have chosen your casino platform, register or log in to the service and head straight for the Banking page. Under depositing options, look for cryptocurrencies or the Bitcoin Cash sign straight up. Click on it and input the required information in the following window.

Step 3: The respective window will most likely require you to enter the amount of the currency with which you plan to fund your online casino player account. Other than that, you will also need to enter the address of the e-wallet which holds your respective coins. Just confirm the transaction once you’re done and you should see the funds available immediately. After that, players can choose from all their favourite titles by the top game providers, put their betting skills to practice, and cash out on their winnings.

Withdrawals at these online casino and similar gambling pages are performed much in the same way. For this process, it is all the more pivotal that players are careful with inputting the correct sequence of their Bitcoin Cash e-wallet address. It will be the final destination of the amount of funds you decide to withdraw out of your casino balance, so make sure it is correct beforehand.

Advantages of the Cryptocurrency

Disadvantages of the Cryptocurrency

1. What are some other cryptocurrencies I can use at online casino sites?

Other than the original BTC and its sister currency BCH, other top online casino choices of cryptocurrencies include Litecoin, Dogecoin, Ethereum and Ripple among the rest.

2. Can I claim any bonuses at these sites if I choose BCH as a payment method?

Yes, players who choose BCH as a payment method are still eligible to all the bonuses provided by the platform. Only in cases when the bonus refers to a specific banking method in order to prompt players to use it will you be restricted from claiming the offer.

3. What are my alternatives at online casino sites that only support fiat currencies for their deposit and withdrawal transactions?

Should your chosen casino decline cryptocurrencies, you can always exchange them for one of the accepted fiat currency options at the number of reputable platforms and choose from the eligible banking options. These most often include bank wiring, credit/debit cards, services such as PayPal, Neteller and the likes.

4. Which are the top BCH casino options?

The number of casinos accepting BCH payments is constantly on the rise, and our team of reviewers are regularly updating the list provided here on this page, featuring the latest additions.

5. Is Bitcoin Cash a suitable payment method for US casino sites?

Yes, in fact, US casino site have benefited the most from these cryptocurrencies as the ultimate way to avoid their UIGEA act.